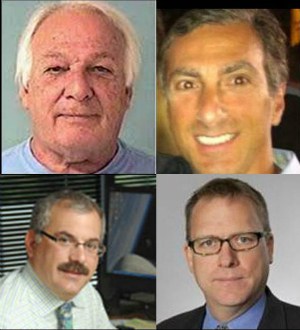 This is my second post on various thoughts that I had while reading the media reports about the murders during a settlement conference in Phoenix, Arizona, part one can be found here.

The Problem of Terminology:

After I learned of this shooting, I tried to determine what happened. I started thinking about what kind of mediation was it? How did the parties end up in mediation? Was it actually mediation or something else?

As a mediator, I am regularly frustrated and disappointed by the lack of knowledge the public has about my profession.  Mediation is constantly confused with arbitration.  These are two drastically different processes!  The media coverage of this tragedy makes the confusion clear.

Mediation is radically different from Arbitration. Arbitration is a binding process of resolving a dispute that can be similar to litigation, but occurs outside a formal court system.  The parties usually agree in advance on the arbitrator and agree to be bound by the arbitrator’s decision. In contrast, mediation is an informal process where an impartial third party, the mediator, works with the disputants to resolve their problem(s). While the mediator assists the disputants in identifying the problem and potential options for its resolution, each disputant speaks for themselves and makes their own decisions. The mediator does not make decisions for the disputants, provide any legal advice, or recommend the terms of an agreement.

In short, in arbitration, you defer to the judgment of another to solve your problem. In mediation, you decide for yourself with the help of someone else. Yes, both processes share a ‘third party neutral,” but the roles are completely different. The two are apples and oranges.  Until the public understands this distinction, we will continue to suffer from this misapplication of the terminology.

In this case, there is no clear explanation of what exactly happens in a settlement conference and how that is similar or different it is from arbitration or mediation. What were Singer and Harmon expecting when they arrived to participate in the settlement conference? Arizona is one of the few states that uses a Judge Pro Tem to conduct settlement hearings. Why use a temporary judge who is unfamiliar with the case to conduct the hearing? The questions are numerous but the theme is constant.

I have no idea how Schwartz conducted his session. Was more like an arbitration or a mediation? Something in between? I do not wish to know the answer to these questions nor do I encourage others to guess. What I do wish for is truth in advertising. Unless the public understands what they are participating in, they will be unprepared to fully benefit from the process.

There is a desperate need to clarify the services we offer and how they are different from other similarly named services. Part of the reason I chose to join the Texas Conflict Coach podcast was to help educate the public about the field of conflict resolution.  If you are someone looking for a mediator, ask them what to expect if you select them to mediate the case. If you are a mediator, please be honest in how you conduct your session. Folks should know what to expect. If we can do these simple things, it will greatly benefit us all.